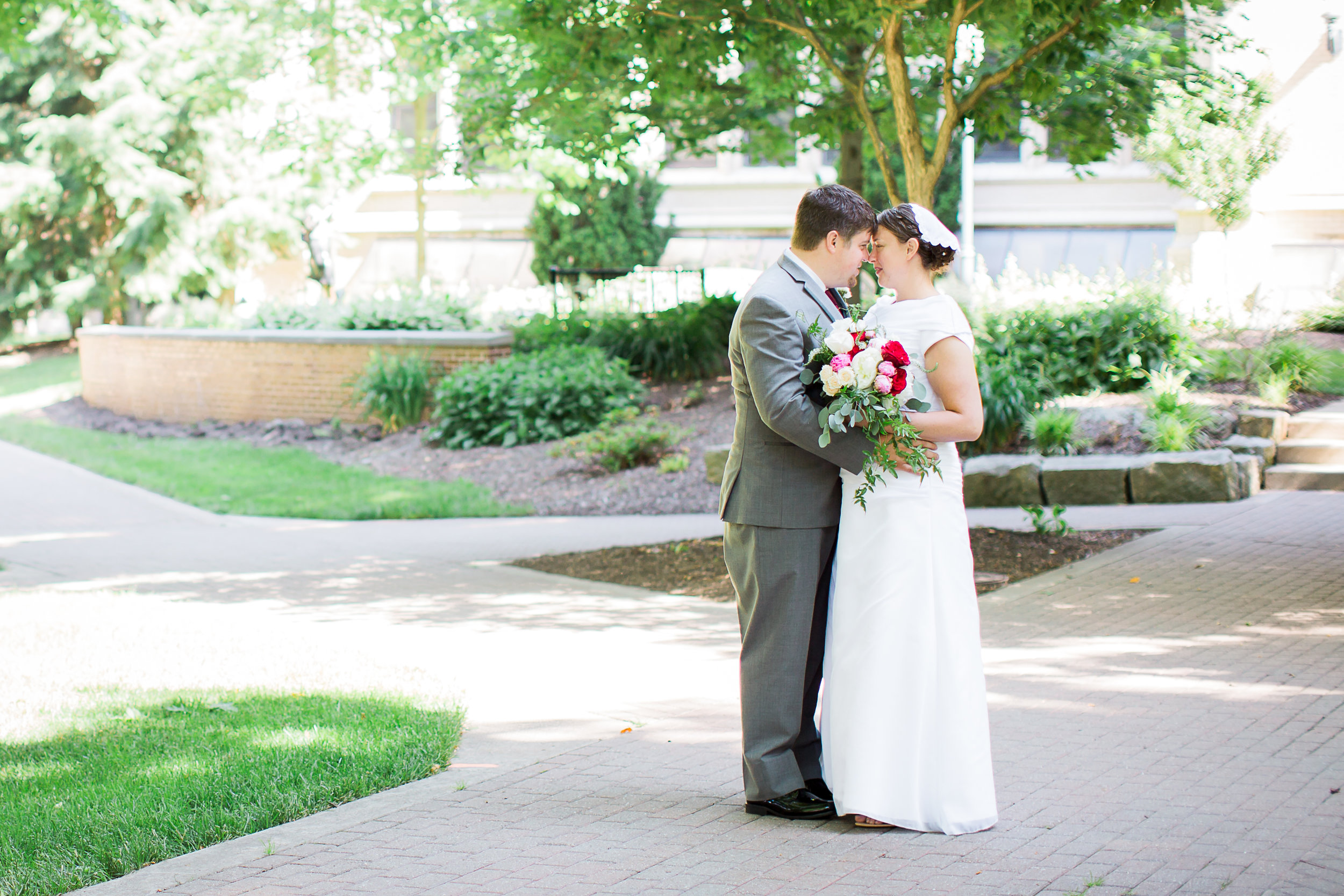 If you are just now beginning in this series, click here for Part One. If you missed Part Two, click here.

At the end of part two, I left you hanging. We had just finished our coffee “date” and we felt like we’d found a connection with the other that we wanted to explore and see where it would lead.

The week after the coffee “date”, we text every day and I was beginning to wonder how long this would last. Did this guy really like me? Or was I reading into it all wrong? I simply didn’t know.

The following Sunday I attended Silas’ church again and as before he was leading worship. As he was walking off the stage from leading songs, he came down the side I was sitting on and right there in front of all these people I didn’t know, he winked at me. In that moment, I’m pretty sure I floated away into the clouds of happy dream-land. When I bounced back to earth, I thought, “Good grief, girl, it looks like he likes you, but slow it down. Way down.” But the heeding of logic didn’t happen.

After the service, I was standing in the back talking to one of my friends that attended this church and Silas came and joined us. Suddenly, my friend looks at us and asked, “How do you know each other?” My mind went blank. Thankfully, Silas is quick on his feet in situations like that and said something along the lines of having seen each other around.

After a while my friend wandered off and we were alone talking again. Soon the lady that was responsible to host that day came up and invited both of us to stay for lunch. We accepted.

At lunch that day we sat beside each other and this girls heart was happy about that. We chatted about random things and talked with the others across the table from us. It was a good time.

Fast-forward to the next day… I was a mess, seriously. I was scared that this whole thing with Silas wouldn’t work and I knew I was in too deep now to not be hurt if it didn’t pan out. My co-worker knew what was going on and in the process of the day talked Silas and told him what was going on.

Unbeknownst to me, Silas was sweating it out and trying to decide what would be the best way to proceed.

Later that evening, Silas called me and told me that he is interested in starting to date and asked for my Dad’s number. All of this was so surreal to me! I honestly couldn’t believe that there actually was a guy that was this interested in getting to know me better.

After all of this transpired, I felt a lot better about it all even though I wasn’t sure what my Dad would say. But I was confident that no matter what happened, I was going to be okay.

That week as a joke Silas invited me to come to church to help him and a couple that are good friends with him place the new songbooks in the seats. I decided that I wanted to see him again and thought it would be fun to go and get to know some more people better. The dear couple that was there, was super sweet and I hit it off with them. After they left they were trying to figure out what my connection was to Silas and decided that I was probably a cousin or something.

It was a week from the time Silas asked for my Dad’s number until he asked to meet with him. Dad was very kind and graciously gave the go-ahead. Later that day, Silas officially asked me to be his girlfriend. Of course, I said yes right away.

It was another week before we went on our first official date. Silas took me to Olive Garden and we had a good time. We both loved the fact that we got to know each other well enough before hand that the actual first date wasn’t too awkward and weird.

The next three months were a blur! With Silas being the last one of his siblings to still be at home and living a very independent life and me living by myself, allowed us plenty of time to hang out. We saw each other nearly every day.

This was such a fun happy, period of life, but wasn’t without it’s bumps. I struggled with accepted love from Silas. I dealt with deep fears and insecurities. But slowly as God allowed love to be showered on me, my heart began to soften and be able to receive that love. The beautiful thing is once a person learns to receive love, they are then able to return and give it to others in a beautiful way.

Some fond memories I have from dating:

• Silas took my to my first concert, Chris Tomlin. That was a lot of fun!

• Hiking at a falls nearby.

• My family asking us one of the first times we were all together, how many kids we want. At this point we hadn’t even come close to talking about that. If you must know, I said that I wanted 4-8 and he said no more than 4. We laughed and later were able to discuss it and come to a peaceful agreement.

• Hanging out and becoming good friends with the sweet couple that had helped us pass out songbooks.

• Hanging out at my house.

• Long talks in the car.

We were both sure that we had found the one pretty early on and we were super committed to making it work. We were coming up on the three months of dating and it was really beginning to feel like this relationship needed to be taken to the next level – engagement. I wasn’t sure what Silas was thinking about it and that bothered me. But I decided that I was going to try my best to wait on him and allow him to take the lead on this.

The week before our three month anniversary, there were a few things that made me cautiously hopeful that he would propose soon, one of them being that he had found someone to take his place leading worship at church that Sunday. That along with the other things had perfectly good reasons other than the fact that he wanted to propose. So I tried my best not to get my hopes up.

Our three month anniversary fell on a Saturday and Silas was planning to pick me up mid-afternoon to celebrate this small milestone. When he arrived, he gave me this beautiful bouquet of flowers and I melted into a puddle and of course gushed at how pretty they were. I took them from him and turned around to set them on the counter. As I turned back to him, I suddenly realized that he was down on one knee and he proposed right then and there. I cried! I was so happy and believe it or not, in shock. Of course, I said yes.

That afternoon was so fun and blissful. We went to Cleveland to a nice place for dinner, went to two different coffee shops and just enjoyed being together. It was so fun to be able to let reality soak in for a while before we shared the news with anyone.

The next five months were a blur of working full-time plus wedding planning. Since I lived an hour from my parents, I ended up doing a lot of the planning on my own. They did help where they could and I was so very grateful for that.

I loved planning out all the little details of our wedding and making sure that when it came to the day of that everything was organized and ran smoothly. The day of only had a few small bumps, which aren’t completely avoidable.

The day of our wedding was the happiest day of my life. I had been waiting and longing for this day for years and was in awe at how God had it all perfectly planned. I was basking in the love that I had learned to receive from my man. I felt beautiful, like a queen.

It’s been a wonderful year and a half since we’ve been married and I wouldn’t trade it for anything! Don’t be fooled, there have been some incredibly hard times, times when we strongly disagreed on something and times when we weren’t representing God to each other well. But one thing I know, we’re stronger because of all of this and have gone to a deeper level of trust and love then before.

As you read this story, I hope it’s encouraging to you. I hope, if you’re still single that it would plant a seed of hope in your heart. But know that God has a plan and purpose for your life, He only asks you to be used right where you are. I know some beautiful single ladies who are touching lives right where they’re at, not in a huge splash, but in small moments of interaction.

If you’re married, I hope it encourages you to go back and remember the beginnings of your relationship and why you fell in love with that particular person in the first place. It’s easy to take your husband/wife for granted. It’s easy to allow small annoyances to creep in and steal the vibrant love you once had.

I’d love to hear from you! What are some questions you have about our story? Would you share your love story with me?