Part 2: Our story of love – meeting 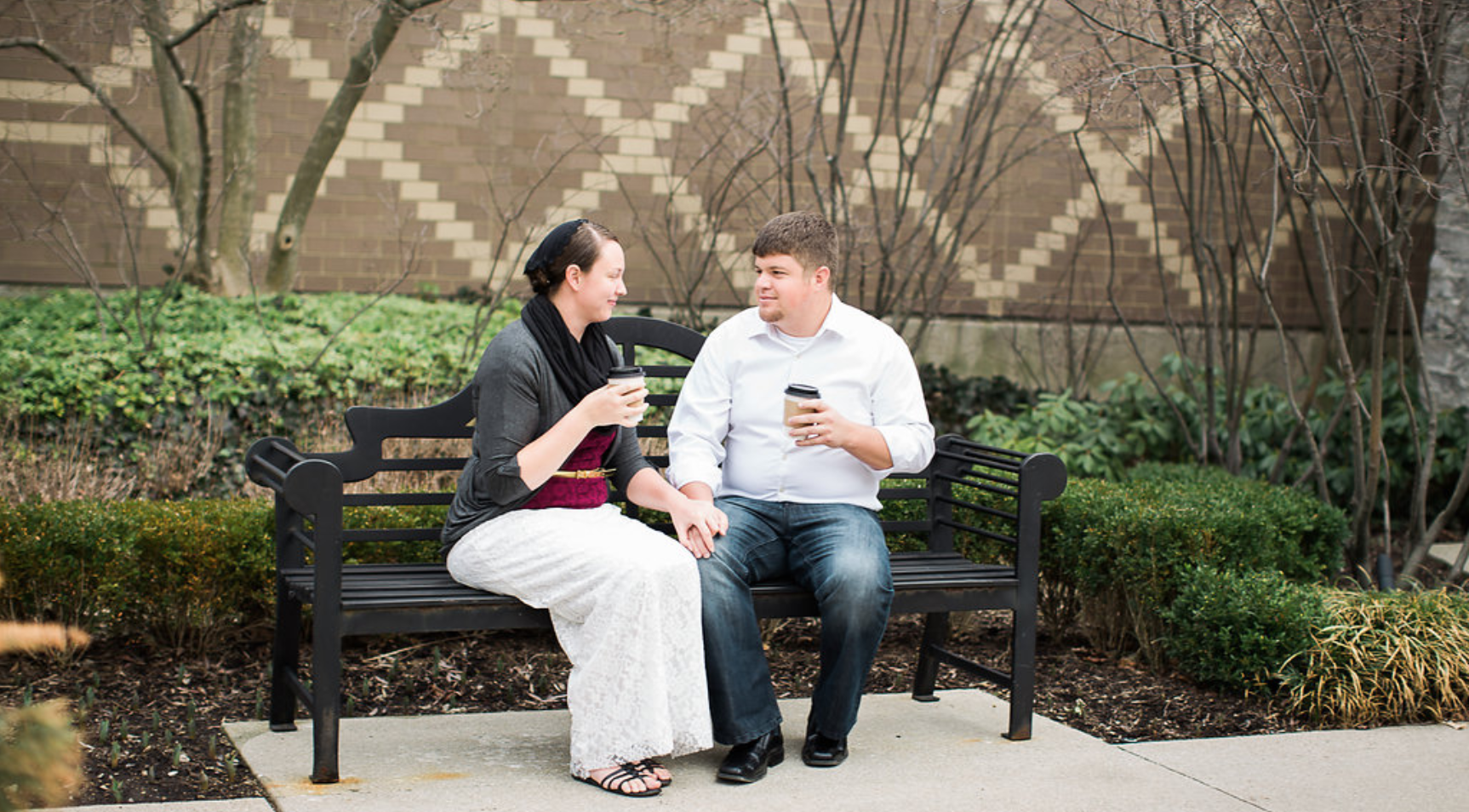 In part one, I talked about the preparation that was happening in my husband and my lives before we met, how we were in contact before we met in person and other details. If you missed that post, scroll to the bottom of this page and follow the link there to the previous post.

I’d also like to insert here, that I’m very aware that our story is out-of-the-box and may be frowned upon by some. I’m not endorsing this method even though it worked for us. God was very much in it all. Honestly, some days I just shake my head at the way things worked out because it could have ended very differently. My heart is that even though this story is very different from a lot of peoples’ that you would be able to see the hand of God working.

After we text about the choir I wanted to join we continued texting about other things, in all reality I don’t remember what all we text about. I had some bad experiences with texting previously, so I was cautious in not sharing too much. We text occasionally over the next two weeks.

With moving an hour away from my home church, I was very aware of the need to begin the process of looking for another church, so that I could become involved somewhere local. I was invited to church by one my coworkers, this so happened to be the church that Silas was part of. I went knowing that I would finally get to see this mysterious guy in person, but not knowing if we would actually meet.

Unbeknownst to me, my coworker was good friends with Silas and told him that I would be coming to church that day. So Silas was on the lookout for when I arrived. He hung out in the back of the church and saw me come in, though I didn’t see him.

It was clearly marked in the bulletin that Sunday that Silas was to lead songs. I thought this was very convenient, because this made him very easy to pick out from the crowd of strange faces. I enjoyed the service and had a good impression of the church as a whole and knew I’d be back for more reasons than Silas.

That Sunday, they just so happened to have carry-in at church, so I stayed for that. Of course during this time I kept an eye on Silas, trying to get a read on who this person is. From afar he seemed like a nice person, but there is only so much a person can tell about another before meeting them. Turns out he really is a wonderful man, even after being married nearly two years.

When I went up to get some dessert, I got stuck talking to an older man from church who has connections to my parents. We were standing there talking and all of a sudden here comes Silas. He was clearly not coming to get dessert! It didn’t take him long before he stepped forward and introduced himself. We spoke only briefly. Even though the meeting was short, I came away impressed with how easy he was to talk to. I had fallen hard for this guy, but was unwilling to admit it.

Later that afternoon we were texting about my opinion of church and I had a lot of questions for him. I wanted to make an informed decision about church and since becoming part of this church meant going from a fairly conservative setting to a much more liberal setting, I wanted to make the change with my eyes wide open. There were some very specific things that I had prayed for concerning church, and from all appearances this church was an answer to those prayers.

Silas wasn’t able to answer all my questions via text so he suggested that we meet sometime to discuss these things. His week was too full, so he said he’d let me know. At the time, I assumed he meant talking about it at church sometime or something. But I was also really excited about the prospect of getting to know him better. I’m not going to lie, I was super nervous about it as well and promptly asked advice from my brother.

Throughout the course of the next week, I was really uncertain as to how this would play out. It scared me because I barely knew this guy. I spoke with a number of my friends and was able to get some good advice.

By the weekend I was nearly sick from the stress of it all. By that point, I had decided that Silas would forget about it and I wouldn’t hear anything from him again. Because guys forget about things really easily, right?

Monday morning, I get a text from Silas wondering if I would want to meet him for coffee the following evening. I of course said that I’d like that. We set the time and place, making sure that the coffee shop we went to was outside of the greater Holmes County area as to avoid people seeing us and assuming that something was happening, because as far as we were concerned we were just two people meeting for coffee and talking, nothing more.

The following evening we met. I was running a little late because I was super nervous and had made a wrong turn because I wasn’t using a GPS in a town I’d never been before. At that point I pretty much refused to use a GPS because I thought they were dumb. Of course, I had to explain this to Silas when we met and he thought I was crazy. We got our drinks, sat outside, and began to talk about church because, well, that’s why we were meeting in the first place, right? Ha!

Four and a half hours later we were finally wrapping it up. We had covered topics that weren’t even close to related to church as you can imagine. We found that we agreed on a lot of really key things. Our backgrounds were both very similar. We felt the same on a lot of foundational things.

We both left that evening, with our minds in a whirl. I really liked this guy and was finally willing to admit it. But what if he didn’t feel the same? 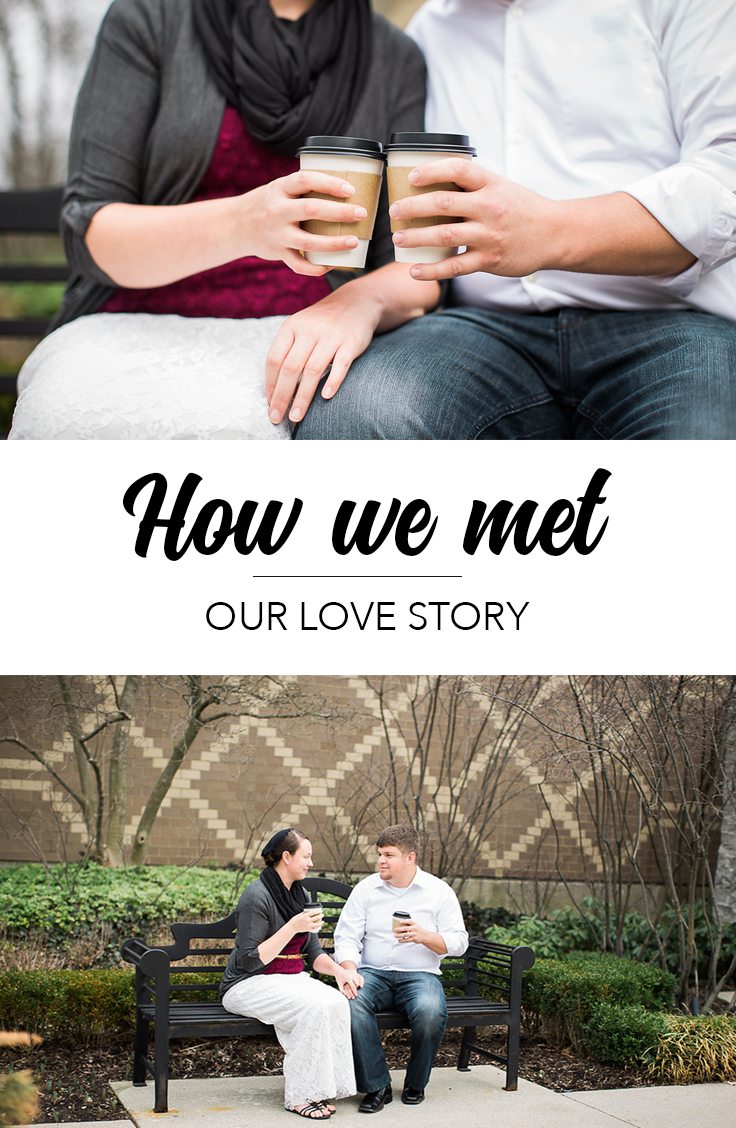